A native of Philadelphia, Clayton Prince knew early on that entertainment was his calling. By the age of twelve, he had already secured professional acting jobs at the local repertory theatre, where he honed his chops and learned his skills. He also enrolled in the High School for the Creative and Performing Arts (CAPA) as a Drama major.

Clayton went on to attend Temple University on a math scholarship, but after only one year, he landed a role in the cult classic film, The Last Dragon, which filmed in New York City.

Clayton began to question his decision of moving to New York and leaving college when he didn’t get any major jobs for almost two years in his dream profession as an actor, but that all changed when he was offered the tremendously coveted role of Eddie Lakehart, the reggae singing boyfriend of Lisa Bonet on the hit TV program, The Cosby Show. Clayton’s appearance on The Cosby Show broke a Nielson’s Rating Record, and became one of the most requested episodes of the show in reruns.

After working on The Cosby Show, Clayton starred in the original film Hairspray (with Ricki Lake, John Waters, Ruth Brown, Debbie Harry, Divine and Sonny Bono), and became a contract regular on the NBC soap opera Another World as Reuben Lawrence. After a few years on Another World, CBS offered Clayton his own series called Dark Justice, which shot in Spain and Hollywood for three years. 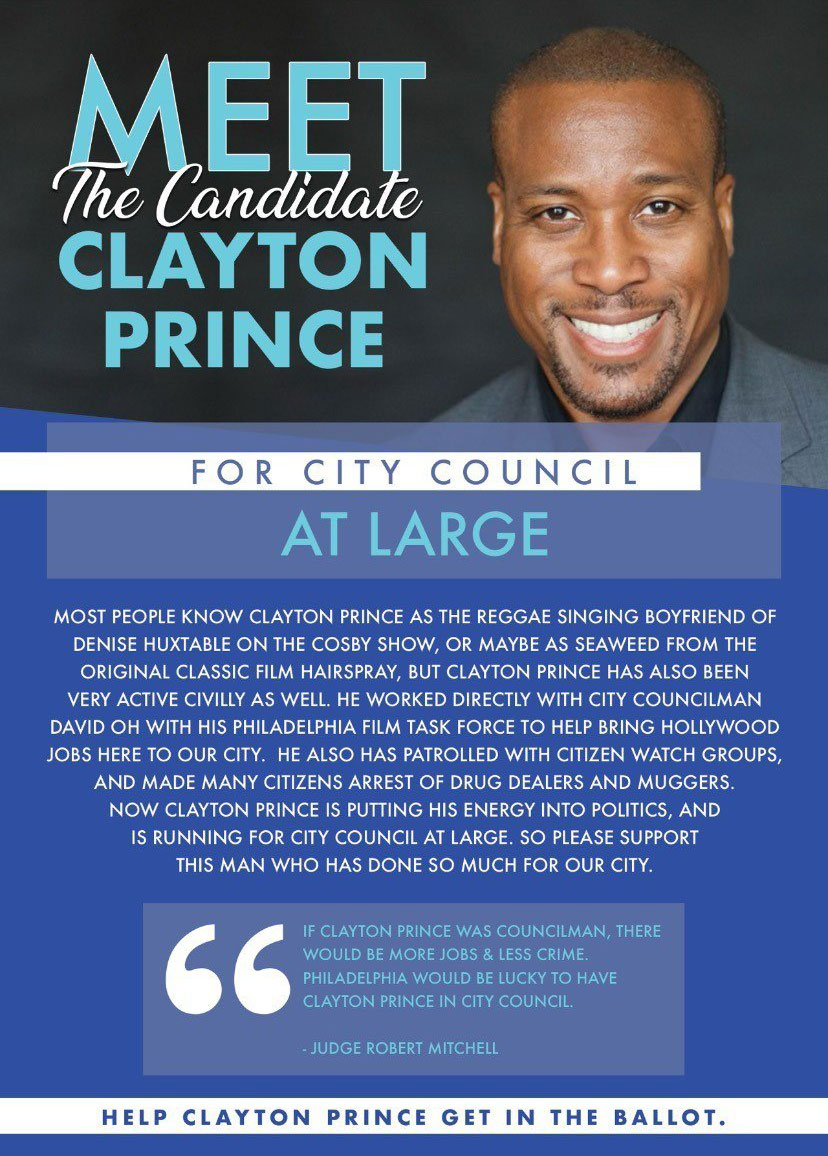